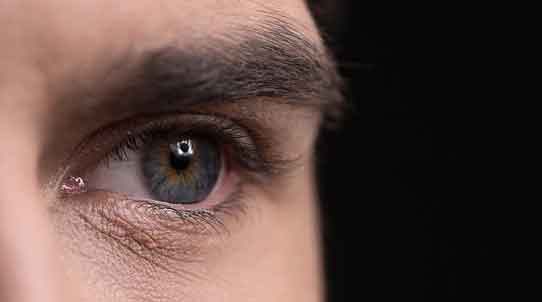 The above newspaper headline has become almost commonplace.  As a matter of fact, the FBI released a report last year that America has experienced 110 active murder events since April 20, 1999, when Harris and Klebold entered Columbine High School and carried out plans to kill as many people as they could before committing suicide together.   That report came out last year, and there have been several since then. Police arrested John David LaDue, 17, on Tuesday and charged him in juvenile court Thursday with four counts of attempted first-degree murder, six counts of possessing explosive or incendiary devices and two counts of criminal damage to property.

The charges say he told police he intended to kill “as many students as he could.”  He allegedly told police he planned to shoot his mother, father and sister, and then start a fire in a rural field to distract first-responders while he went to the school to set off pressure-cooker bombs in the cafeteria. He also allegedly planned to throw Molotov cocktails, gun down students and kill a school liaison officer while he helped injured students.

So why are these events occurring?  Why are these people planning or carrying out these horrific crimes and killing innocent people?  What are the motives and the perceived injustices that make these people want to commit these types of attacks?

From our viewpoint, the answer is “it doesn’t matter.”  The fact is these types of events are happening now; and all too frequently.  I’m sure there are professionals in our society that will try to figure out the cause or reason these people are carrying out these random acts of murder and violence.  I leave that to the professionals and hope they figure it out quick.  As for us, the armed and trained professionals, ready to respond to stop the killing, know only that it is a reality and we must stay prepared.

John David LaDue was reported to police by an alert citizen that spotted what he felt like were suspicious acts.  A curious and attentive citizen and a proactive police officer doing his job stopped an unimaginable tragedy from happening.  Folks, it doesn’t get much better than that!!  And that is the point of my training article this month: awareness.

Maybe you’ve heard the phrase that has recently been coined, “See Something, Say Something.”  It certainly worked out well in Waseca, Minnesota, last week.  You have also heard of, and probably experienced many times, that “Cop Sixth Sense.”  Listen to it when you are on duty.  It’s often what takes us home at the end of the shift.

The time is upon us all when awareness on duty is one of the most important tools we bring to the table.  We all know the routine people that we deal with every day.  We start to learn their mannerisms, who belongs and who doesn’t, and we know when things are out of place or when things are just not right.  Being aware of our surroundings and keeping a diligent watch over our areas of responsibility can make all the difference.  Encourage people to let you know when they have a feeling about something that may not be adding up.

Unfortunately, we don’t always get a head’s up when things are about to go wrong.  Staying aware and watchful on the job allows us to stay ahead in the action-reaction process because we aren’t caught off guard.  We all know Colonel John Boyd’s OODA cycle of (Observe, Orient, Decide, Act).  I have covered it in detail in my past articles but applying it in our awareness and observation routine when on the job keeps us prepared and ready to respond when the critical events begin to unfold.  Training and preparation certainly get us through the fight, but how much better off are we at the moment of truth if we are at the “decide and act” phase much quicker because we were paying attention and aware while on duty.

Being aware and knowing your surroundings are the sign of a good Officer.  Develop a keen understanding of what belongs and what is the norm, but have a better understanding and ability to respond when things are not the norm.  Practice “When/Then” thinking.  Take mental notes.  Change up your routine patrolling and don’t become predictable.  Ask about changes that may have occurred during your days off.  Pass along key information when you are going on and off duty.  Be the officer that makes it a habit to check things, even when they are only a little out of place.  Be naturally inquisitive.  And get to know the people you work with and around as they can be a wealth of information.  You will also know when they are not acting normally.  These are important elements that help you do your job better.  Awareness is critical in our business.

Because someone was aware and said something, an elaborate plot to kill was foiled in Minnesota.  Stay prepared and ready at all times when on duty.  You never know when a dynamic and dangerous event may erupt.  These are the times we are living in.  We have all decided this is the work we want to do for our career.  We trained, studied and stepped up to the plate.  We live by the Warrior Spirit.  Be prepared at all times.  It starts with Awareness!